Ex novo – Science behind the scenes: Zooming out – From the lab bench to the office desk to keep researching

Ex Novo – Science behind the scenes

“Ex Novo – Science behind the scenes” is a series of articles born within ISA’s blog in collaboration with the Collegio Nuovo – Fondazione Sandra e Enea Mattei in Pavia, whose students community is marked by a strong presence of women in science. Science is research, long hours to carry out experiments in the laboratory or in the field, but science is also communication, grant writing, entrepreneurship, administration, teaching, project management, leadership and many other facets. We will post articles, interviews and short stories on these multiple aspects of the scientific endeavour.

Zooming out: From the lab bench to the office desk to keep researching

Once upon a time, back in 2009, a young Natalia emigrated to Geneva, Switzerland, to start a new exciting adventure: a PhD (disclaimer: I am still young!).

I was very happy to join an amazing lab and an amazing team. We were studying DNA replication stress and DNA mutations, and their role on cancer progression – a hot topic still today. At that time, my PhD colleagues and I had the opportunity to test new anticancer molecules on various cell lines, and we all naively thought that, if our experiments were solid enough, we could use our molecules in patients.

Of course, life is not so easy! With time, we all realized that making some cells undergo apoptosis in vitro was not enough to even save a mouse – imagine a human being!

When I joined my lab, we were working on cell lines, but the more I was working with them, the more I realized that those cell lines experiments were just the beginning, and we had to “go bigger”. A petri dish was not enough for me.

With the help of a colleague, we set up an animal facility for our lab. Moreover, we soon realized the need to incorporate new bioinformatics technologies in order to design in silico new molecules, thus reducing our workload and producing more accurate and reproducible results. Thanks to this approach, we found several compounds that looked promising; we synthesized them and tested them in cell lines. Not surprisingly, they were working: our tumor cells were dying, and the healthy ones were still alive (yay!).

We then started to use some of those compounds on in vitro 3D structures, called organoids, produced from healthy and mutated mice in our lab. Honestly, I am a big fan of organoids: not only are they super cute (look below!), but they can almost mimic a “real organ”, with all its cell types, and can help following the 3R principles of reducing, refining and replacing animal models, whenever we can. 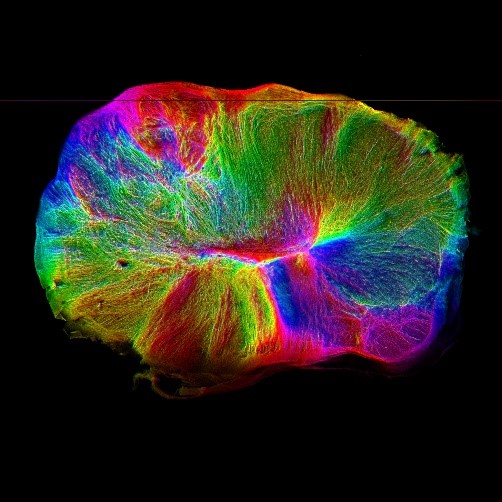 Figure 1. Since my PhD, lot of advances have been made… here, have a look at this 3D brain and its axons (from the Lancaster Lab webpage).

It was amazing for me to see how the use of our compounds would kill all tumor organoids with a specific mutation, while the healthy ones were still happily growing for months!

Months?! Yes – months. One single experiment could last months, and this was just the beginning. Even if we were using mice-derived organoids, which are much better than single layered cells, if we wanted to use our molecules on patients, we still needed to test them on “real” mice to verify efficacy and safety, then try them on rats, and finally, humans. Our innocent vision of using our molecule in patients after a couple of years of experiments was becoming just an illusion (I mean, deep inside we all knew that things were more complicated than this, but dreaming is free!).

All those experiments, and all my reading and researching about a molecule’s life to become a drug, made me decide to leave academia and my beloved Geneva, and see what the pharmaceutical industry had to offer. I was curious to not only discover “for real” how a chemical formula could become one of the most used products in a hospital, but to also be part of this journey.

Three years in Germany and an MBA later, during which I gained more “business experience”, I knew it was time for me to go back to Switzerland (I was missing good chocolate too much…) and I moved to Basel. Here, I started working for Roche and I am now in charge of the regulatory aspects of all clinical trials for specific oncology drugs. 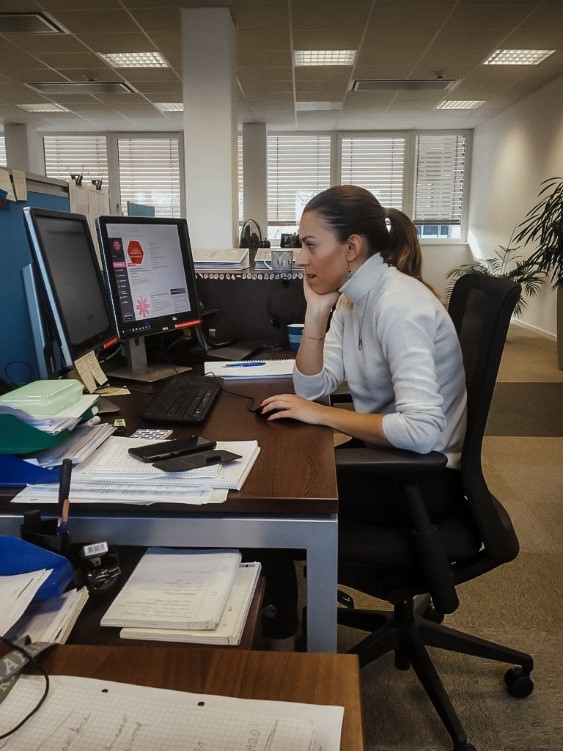 Figure 2. First steps in the Pharma world, you can clearly see my surprised face…

At the beginning I thought regulatory affairs would be a boring field – too many guidelines and regulations (sorry lawyers!), and too little action. I could not be more wrong!

Working in Regulatory does not only mean ensuring that a clinical trial is run in compliance with regulations, for example, the new EU Clinical Trials Regulation (CTR) which went live in January this year, or local regulations, from the Korean one to the Brazilian one; it actually implies being part of a team that works in a concerted manner with the common aim to make drugs available for patients. This means having an oversight of a huge amount of activities, which can range from solving issues at the level of a single hospital (drugs’ shipment delays, inform consent forms wrongly signed, questions from the ethics committees…), to more fundamental and strategic topics that affect the scientific validity of a trial.

If during my PhD I was more interested in a single petri dish or a single mouse, I could now look at the bigger picture, following a molecule making its first steps in the lab, growing during clinical trials, and finally leaving the nest to help people live a better life.

FUN RANDOM FACT, TO KEEP YOUR INTEREST ALIVE: the first clinical trial is recorded in the Bible, and was led by a military chief, who compared the health of soldiers eating only meat versus soldiers eating veggie (spoiler: the vegetarians appeared in better conditions than the meat-eaters) [1].

When I started working in the pharma industry, I naively thought that everything would be very straightforward, heavily regulated by Standard Operating Procedures, SOPs, to minimize risks of failure, and that everything would work perfectly. I was surprised to discover that, on average, a company invests about 2 billion dollars for a single drug, without even knowing its true potential, and I was even more shocked when I realized that the overall failure rate in drug development is over 96% (!).

You might think, as I did, that most of the drugs fail during the early stages of clinical trials, when the first tests are done in human and not much is known about the drug yet. Actually, I soon realized during my daily job, and according to some “more official” statistics, that about 50% of the drugs fail in Phase III, at the very last step before having the chance to be marketed.

If you think about all the commitment the different teams are putting into a trial, to set it up and make it work, as well as the huge efforts made by medical doctors, participants, and their families, you can understand that it is very disappointing when a clinical study has a bad readout, and when a drug aiming to treat a condition with no or very few approved therapies goes to the wall. 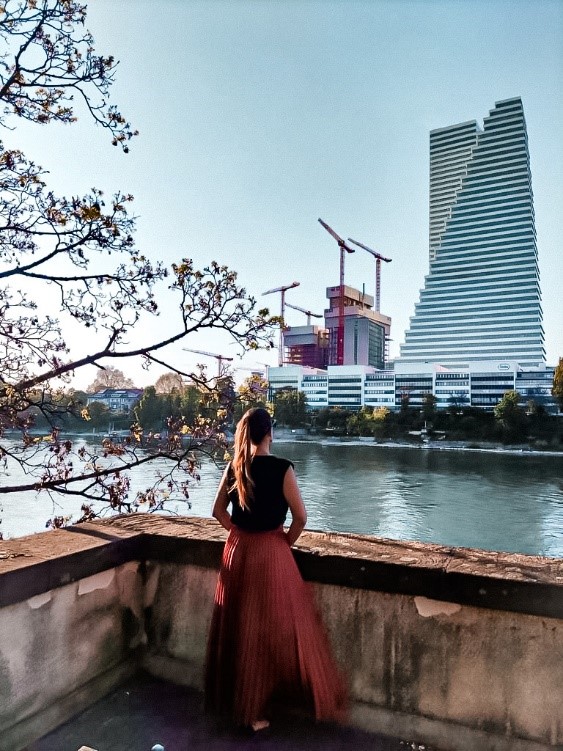 Figure 3. Feeling small in from of the Roche towers.

I nevertheless try to find the positive side, focusing on the 4% of the molecules that make it to the market, and I see clinical trials as scientific experiments, during which we all have a chance to learn something new.

Moreover, from my current position in Regulatory, it is nice to see how advances in technology are shaping the future of the pharmaceutical industry (and science overall). Artificial intelligence, digitalization, body sensors and other new technologies are playing a critical role in both R&D – empowering scientists to screen for drugs at a faster pace than ever before – and in clinical settings, for example by allowing a better recording of patient vital signs.

What is even nicer is to see how my dear organoids are now entering the pharma industry – it is like meeting my babies again! I now understand even better why companies are focusing on organoids. They bring tons of advantages in cancer research: their use will be the first step to what I think will be the future of medicine and cancer treatment – personalized healthcare. The ability of those structures to maintain the genetic signatures of the original tissue is extremely important in this field – it can help find therapies against specific conditions, which might not be targeted by “common drugs”. Indeed, already now, in R&D for personalized healthcare, patient-specific organoids are helping identify the best drug for individual patients, while in regenerative medicine organoids derived from healthy donor cells or after genetic correction, can be used as a source of cells or tissues to help patients.

It is like turning fiction to reality, and I think this is an exciting moment for joining this field. Companies are trying to focus more and more on people, and tailor medical treatments to the individual characteristics of each patient, moving away from the concept of “one single pill for all patients”, to a rather specific and personalized treatment based on the individual clinical cases.

This shift, among many others, has opened the door for interdisciplinary approaches, which make doing science in a pharmaceutical industry extremely rewarding and stimulating.

It would be nice if more and more young professionals that have never considered the pharma industry as a career option would start exploring this. We live in the era of big data and technology, and the options are literally unlimited – from virtual reality and digital therapeutics used in neuroscience, to quantum computers for drug discovery, to block chain technology in drug supply: this industry is booming with opportunities!