A (half-)outsider view of ISA

Well, yes, what the heck is this place? An easy question to ask, and perhaps a frequent one at that (locally). But it is not a simple one to answer, and not at all because things are not happening here –all to the contrary-. I arrived about one year and 3-4 months ago to the CRG as a communications officer for a particular project. Specifically as a junior comm. officer.

When I landed in the place, little did I suspect about the complexity neither about the richness of some of the structures that I would find. Yes indeed, on the one hand I would be with the comm. department, which has its own ramifications but whose name is self-explanatory. ISA, the International Science Affairs department, is a different story, to that regard. Its name is so open as –as I discovered later- the many different subjects they cover. 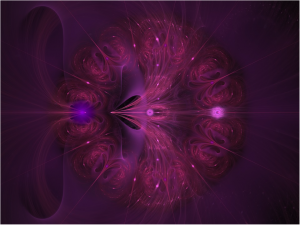 Fractal structures are frequently regarded as a symbolization of complexity -as well as beauty-. By its own right, ISA can claim the word “complexity” to be one of its defining aspects.

I can say that at ISA there is one recurring theme that nonetheless seems to be about a rather fundamental matter: how is this deparment viewed, defined, or explained…? When I arrived, my perception about it was that was kind of “a place where (many) people works with (many) projects”. Nowadays, and even more in science, I would be making people not much wiser with that statement.

In the meeting room

Let me shed a bit of light on this by opening slightly the door to the meeting room of the department, every Wednesday morning around 10:00. I come from the Communication dept., frequently 2-3 minutes late, panting, from the other side of the building (the panting is to give it a more epic tone, of course). I push the door open, and there they are: eight, ten, fourteen people who readily smile to the newcomer or perhaps make an acknowledging gesture with the eyes or with the head.

Then the time comes to listen. Week after week, projects and initiatives come and go thriving in their diversity. So much, that one can attend for weeks in a row and hear no talks repeating themselves. However, I notice a common denominator: the search for visibilizing science, increasing its social impact, or enhance cooperation and learning. And as there are quite some project managers in the team: the handling of complexity. Anyhow, such a variety of projects keeps one as a “newbie” for quite some time! 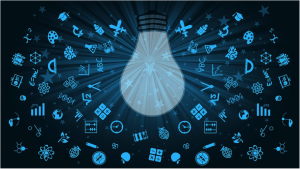 Another aspect that could be highlighted of the department is that it is, in a way, a factory of ideas… from which projects, researchers or scientific work culture take shape.

I have heard about Open Science, science communication, science policy, about student training, gender policy and events in bars and cultural centres. The overlaps with other departments are significant. As somebody said at some time, this department is a very interesting interface, perhaps a future model for similar structures to come in other research centres. This, my friends, is a very complex place at the crossroads of many things, hence a very good place to learn… a lot!

Stay with us for more to come and read us further in the following articles. Learn more about (and from) what happens at ISA. I will certainly do…!

Fractal and “idea” pictures are in the public domain and where downloaded from Pixabay.