Training the next generation of researchers – three perspectives

“… to train a new generation of creative, entrepreneurial and innovative early-stage researchers able to face current and future challenges and to convert knowledge and ideas into products and services for economic and social benefit.”

…is the first objective that appears in the official guidelines of the European Commission (EC), when you seek for advice to apply for so-called Horizon 2020 Innovative Training Networks, also known under the abbreviation “ITNs”. For that reason, you find the same phrase and keywords, with some minor variations, in nearly all proposals that are submitted to get funding for these prestigious European Networks of PhD students. But what does this accumulation of fashionable EC wording actually mean? Can one fulfil these promises? And how does such a new generation of researchers actually look like?

The Innovative Training Network OPATHY ran from September 2015 until August 2019 at the CRG and was coordinated by Toni Gabaldón and managed by Jonas Krebs. Verónica Mixão was one of the recruited Early Stage Researchers (ESRs). Here we share our look back.

We had been trying to get that funding for three years already. In fact, I was chosen as the coordinator last time, to give the previous coordinator a rest and to make use of the support that the ISA team at the CRG was giving to applications in which CRG researchers acted as a coordinator. We were always getting a bit closer to the threshold, improving based on the comments we were getting in each try. ITNs are very popular. Beyond the ERC grants, it is one of the few European funding schemes that is bottom-up, as long as you keep the focus in training the research topic can be anyone the applicants choose, which gives flexibility as compared to the other calls focused on a (very) specific (and usually with an applied focus) research topic. That is why you need really high scores (close to 98%) to get your grant granted.

The third time we were so close to the threshold that we entered the waiting list. But we were not yet there, another application was needed. We worked on it, improved it, submitted it, and …..we were notified that the waiting list had moved and we could start the one we applied in the previous call. This created some confusion and forced us to start moving ahead very quickly, which was a bit of a stressing way to start my very first coordination of such a large research consortium. Luckily, I got the full support from the CRG and Jonas, who joined as a project manager. During our kick-off meeting, we discussed how to best move ahead with the project and the first challenge was to get excellent candidates to apply to our network. As coordinator, I committed to have a final interview with all candidates that passed all previous selection steps, and I am happy I did that. I remember telling each of them that this was going to be a nice opportunity for them, good salaries, training suited to their specific needs, be part of an excellent research network, etc. but at the same time this was going to be a challenge for them, as we needed all of them to be truly committed to the success of the project and work hard to achieve the ambitious objectives. Moreover, their funding was secured for only three years and they would have to travel a lot for courses and lab exchange visits. I asked them whether they were ready for this and they all committed. 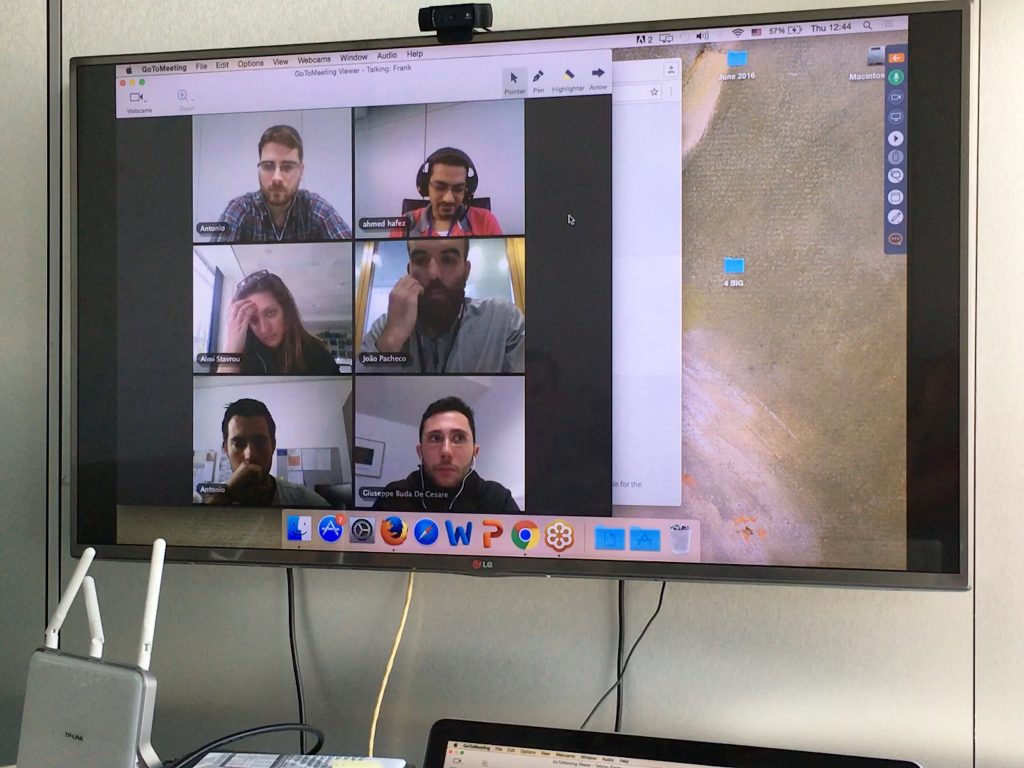 These four years have been very intense and as a coordinator you always feel the weight of responsibility. In my experience the first year is the most important one, if you manage a good start then keeping the thing rolling is easier. Before you realized the network will already have an inertia and things will start flowing. The key for success, I think, are the Ph.D. students, that the EC calls “Early Start Researchers” or briefly ESRs. The ESRs are the heart of an ITN, they are the real network that underlies the different research centres, the ones who fuel collaborations and push the projects forward. To help ESRs forming a research community, Jonas and I committed the time to have regular (every two weeks) virtual meetings with all the ESRs, in which one of them presented and we discussed about science or any other practical issues.

Regular courses and meetings for all the ESRs, secondments, and research visits did the rest and the ESRs formed a tight collaborative network, which has driven the ITN to be a very successful one. I am proud of them, and I am certain that they will keep being a network after the end of OPATHY.

I had my first “contact” with OPATHY during my job interview for a position as scientific project manager at the CRG in July 2015. In the meeting, I learnt that I would not only manage the research project I actually applied for, but also the training network OPATHY, which the CRG was just granted and was about to start. “Gosh!” I thought at that moment, “of all, exactly an Innovative Training Network”, a funding scheme I was barely familiar with. Neither was I involved before in the organization of training courses. But Toni, the OPATHY network coordinator, who joined the meeting, seemed to be a “cool” and very open-minded scientist and I stayed optimistic about this “learning by doing” experience.

In the project kick-off meeting that we organized shortly later (I got the job!), I had the chance to meet all involved supervisors, all big “shots” in the field of 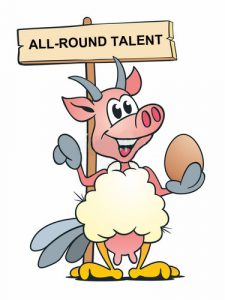 fungal infections. Together we developed a strategy of how to manage the application and recruitment procedure of the students and how to organize their research projects and training activities to achieve what we promised. I remember that I quoted the sentence of the guidelines above together with a picture of the “eierlegende Wollmilchsau”, the Early Stage Researcher as an “egg-laying wool-milk-pig”, a metaphor that we, Germans, use to describe an all-rounder, universal solution for everything. Expectations were high from all sides. I left the meeting very enthusiastic, but I also felt quite nervous, realizing that many activities we discussed leant on my shoulders.

Looking back at the 4 years, I can say that managing an ITN is very fulfilling for a project manager and the pressure I felt, I would now rather describe as an enriching responsibility and opportunity. There were so many ways I could stimulate the discussions with my own ideas and creativity that I really felt I could contribute to the overall project success.

Maybe most importantly, I felt contributing to creating a network spirit. People enjoyed working in an international research environment based on collaborations, with a strong communication culture and exchange from the beginning. I am also very happy that I managed to support the PhD fellows in developing their scientific careers beyond their lab work. Many of them are in the meantime passionate science communicators, won science slams, (non-scientific) poster prizes and presented their research in various other formats and to different audiences, even to prisoners (a regular activity of the University of Aberdeen).

Verónica, Grant, Elise, João, Amir, Aimi, Ahmed, Marina, Giuseppe, Mansoureh, Frank, Antonio and Antonio, it was a great time to accompany you in this early stage of your career and I hope you will stay in touch for long time and keep on working with the enthusiasm that you built during the past years.

We are in October 2019… when I was asked to write about my experience in OPATHY I had immediately so many flash backs in mind – beach in Aberdeen, paella in València, beer in Dublin… (yes, we had so much fun!!)

Let’s go back to 2015… There was me, a “wet-laber” looking for a job position right after defending her Master thesis. One day, I got an e-mail advertising open positions in the OPATHY ITN. Honestly, I opened the e-mail and my first thought was: “This is not for me! YEAAASSSTTT?! LEAVE MY COUNTRYYYYYY?!”. And then, I realized that actually there was an interesting position in Bioinformatics, and it was exactly what I needed… an opportunity to change from the “wet-lab” to the “dry-lab”, to learn, to broaden my horizons, an opportunity to change my life. I applied. Two months later I came to Barcelona for my interview. We were on December 23rd 2015… this was my Christmas present!

When people advertise ITNs, they like to say that we (ESRs) will have excellent training and networking. They just do not know or consider that we do not have any clue about what it means. Working packages? Secondments? These words do not belong to our dictionary. An ITN is much more than sharing ideas with peers and attending some courses. It implies intensive training and many responsibilities in a short period of time. Everyone should be aware of that, from the ESR to the supervisor. ESRs have to present a career development plan every six months, go to summer and winter schools in different countries every year, do at least two months of internships abroad, at the same time they do research and a PhD. All this in three years. Yes, this is a complain! Definitely, these fellowships should be longer.

But (and there is always a “but”) if we forget the factor “time”, an ITN is probably one of the best professional and personal experiences one can have. I had to move to a different country and deal with the insatiable Spanish happiness (which you can imagine is a shock for a nostalgic Portuguese). At the same time, I had to learn Bioinformatics (I was lucky for being in a lab with great people), I got trained in many different topics from “wet-lab” to Bioinformatics, from gender balance to entrepreneurship. I, personally, had the amazing opportunity to spend two months living in the UK, and working in a very nice company. An opportunity that none working in Academia has, if not in an ITN. So, an ITN forces you to grow at all levels.

I must say that I also hear people who only complain about their ITNs, the amount of work, how communication does not work, and how the ITN is a weight on their back. And I felt exactly the opposite. I always felt happy about OPATHY. For me OPATHY was a pleasure. What made OPATHY different from the others? People. People. People. Everyone who was in OPATHY had a commitment to the project, from the manager, to the coordinator, to all ESRs. We were so involved in making this work, we were so happy with what we were doing, that I am sure people around us could feel it. Our networking was not only done twice a year, but we also had virtual meetings with all ESRs every two weeks, and an intensive exchange of text messages in our WhatsApp group. And this made us develop a unique environment. I know that this must sound like a cliché, but the truth is: we were/are amazing.

…We are in October 2019. OPATHY is over. This was the first Summer in four years that we were not together. It felt different. Something was missing. And here I realized that the most important thing I took from this ITN was people, people who I will take with me forever. This is saudade! 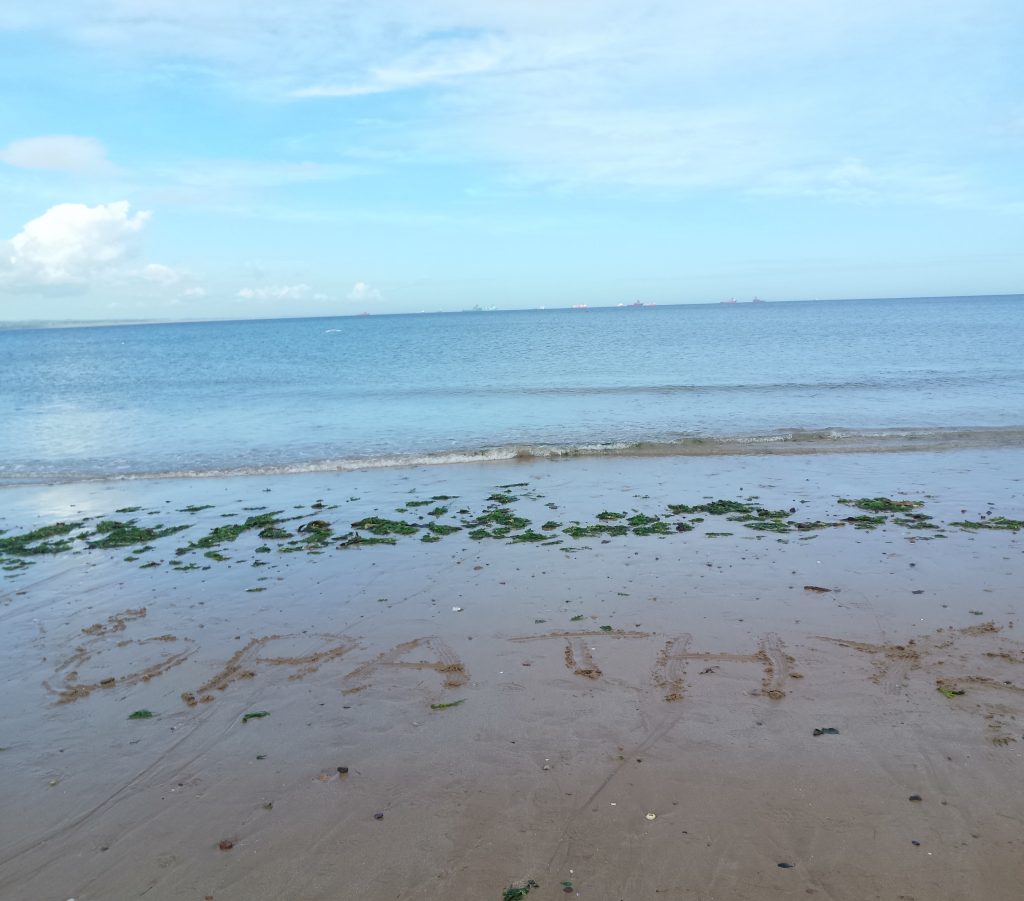 Teaser image: word cloud (Wordclouds.com) based on the OPATHY application